go to site Supreme Court declined to hear an appeal of their convictions. The Supreme Court decided Monday to not review the case against Tamara Cotman and Angela Williamson, among the 11 former teachers and administrators found guilty of racketeering more than three years ago. The decision means Cotman and Williamson will be required to turn themselves in to serve their prison sentences, said Fulton County District Attorney Paul L. Howard, Jr. Cotman was sentenced to three years in prison and Williamson to two years. They have remained free on bond during the appeal process.

Howard said both women had multiple chances to avoid prison by accepting a plea deal and later, in an unusual offer, by admitting responsibility after the verdict.

The sentences: The 12 APS defendants

In , a Fulton County jury found Cotman, who worked as a school reform team executive director, and Williamson, a former Dobbs Elementary teacher, guilty in the high-profile case against educators who corrected student answers on standardized tests and collected bonuses and raises based on the falsely inflated scores. Williamson also was found guilty of four counts of false statements and writings and false swearing.

The women were the only two of the 11 convicted of racketeering who went directly to the Georgia Court of Appeals, which last year upheld their convictions. Supreme Court.

But the Supreme Court also declined to review the matter, issuing its order without comment, which is how the court disposes of many cases brought before it. In a separate trial connected to the cheating scandal that took place before the major verdict, Cotman had been found not guilty of trying to influence a witness. Prosecutors said Cotman failed to report cheating complaints and punished those who reported concerns.

Teachers at Dobbs Elementary testified Williamson taught them to cheat and said they saw her cheating. The cheating scandal was exposed a decade ago when The Atlanta Journal-Constitution reported about suspicious scores on state standardized tests. An ensuing state investigation found evidence of widespread cheating in Atlanta schools. In a year in which Davis admitted cheating took place, the school met most of its goals, she said.

Fulton County Judge Jerry Baxter on Monday heard from character witnesses for 10 of the 11 defendants convicted this month of racketeering for their roles in a scheme to inflate students' scores on standardized exams. Demolished buildings Demolished public housing projects. Subscribe to The Atlanta Journal-Constitution today. Davis was the 45th witness called to testify so far by the prosecution and many more are expected to follow her to the stand over the coming weeks, or even months. Jezebel The Slot. Willis said.

In another, it did not. Beverly Hall? 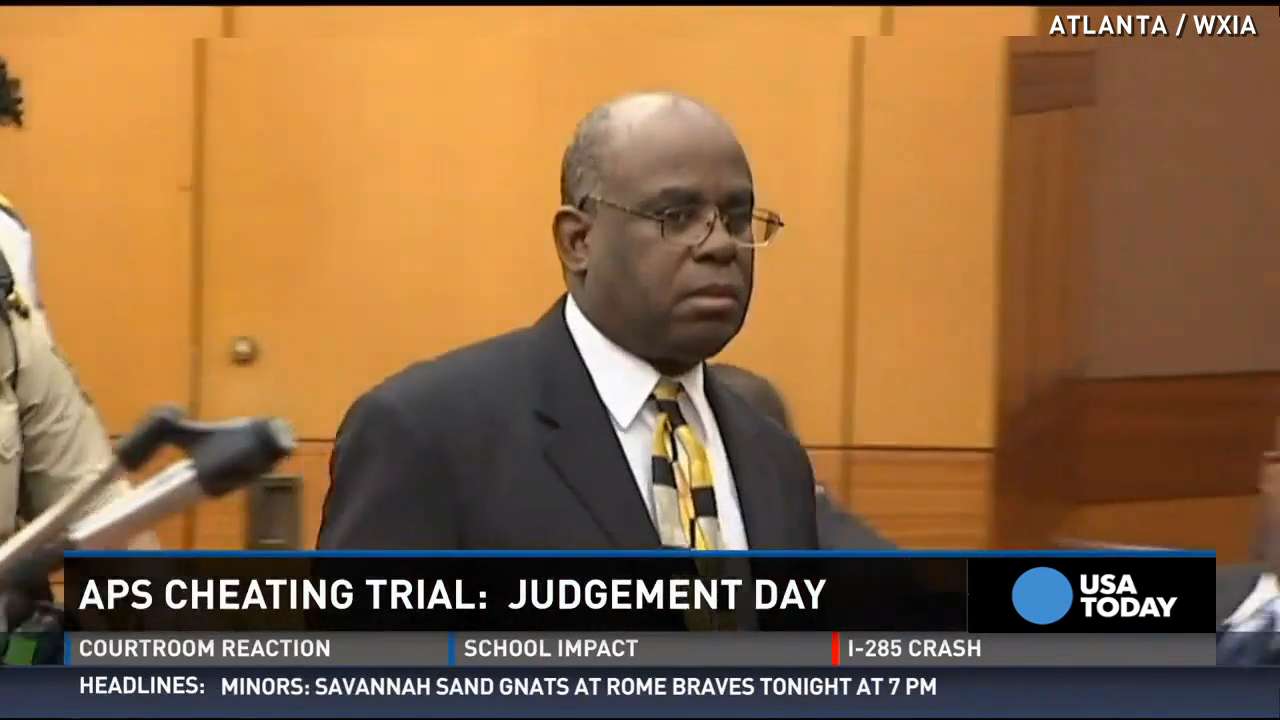 Clarietta Davis returns to the witness stand Thursday in the Atlanta Public Schools test-cheating trial and will face cross-examination from defense attorneys. Davis, now serving a sentence of two years on probation, is one of 21 educators who pleaded guilty and agreed to cooperate with Fulton County prosecutors.

She is the fifth such defendant to testify and, unlike some others, stuck to her plea agreement. Davis admitted to changing answers on standardized tests taken by her students in spring and allowing it to happen again the following school year.

On Wednesday, prosecutors called Davis as a witness against former regional supervisor Sharon Davis-Williams, one of 12 defendants on trial. Davis-Williams knew Venetian Hills students came from a transient population and that most performed below grade level, Davis said.

Yet Davis-Williams only wanted to know what Davis was going to do to meet district test-score targets that continued to rise year after year, Davis said. Davis was the 45th witness called to testify so far by the prosecution and many more are expected to follow her to the stand over the coming weeks, or even months. Support real journalism.

See offers. Your subscription to the Atlanta Journal-Constitution funds in-depth reporting and investigations that keep you informed.

Thank you for supporting real journalism.